The story follows high school girl Tsugumi, appropriately attired with choker and lingerie stockings, who is suddenly contacted by an ‘angelic voice’ which says she’s going to meet a demon lord. She’s mostly nonplussed by this and is promptly whisked to the Sengoku Period, where she’s set about escaping a burning building only to be assailed by hordes of undead samurai. The game is all voiced in Japanese with English subtitles, which is preferable, and everything looks absolutely fantastic.
Tsurugi, the player character, is aided by three other maidens with varying skills. After the initial training stage, you unlock the other maidens sequentially by working through missions. These aides follow you on-screen and can unleash special attacks once a gauge is filled with a tap of the ‘A’ button 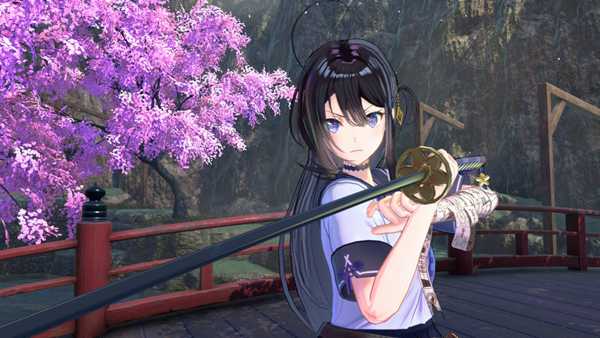 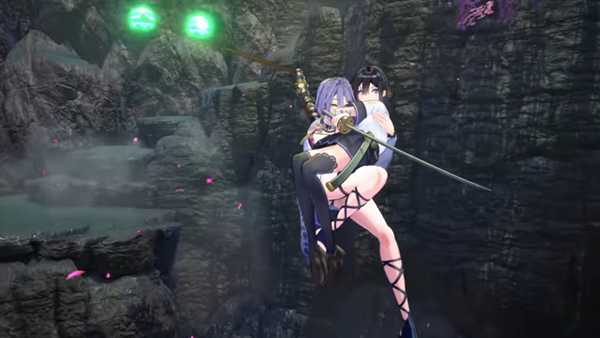