The battle system is a mostly simplistic affair, with the player constantly being pitted against large numbers of weak enemies in a musou-style fashion. The player has access to a weak and strong attack, with the strong attack being changed when added to the end of a string of weak attacks. The player can also double-jump, dash, and dodge. When timed to match an enemy attack, the dodge results in time slowing down for a few seconds, the player becoming invincible during this period of time, and the player gaining access to an instant kill counter attack against enemies with low health. Attacking while dashing also results in dashing attacks.

A spirit power gauge builds up in combat, and can be used to unleash a powerful special attack with the square button when full. Another feature shown in the demo is the wall dash, which is performed automatically when dashing towards specially designated walls in areas (the player can wait till the end of a wall dash to jump off automatically, or manually jump off at any time). 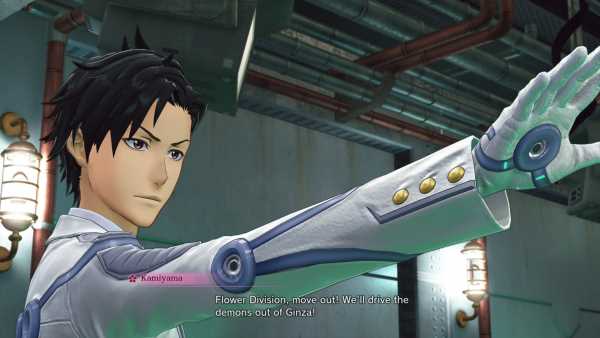