Weapons and armor found in the environment can be taken to a blacksmith, who are able to buy it from William or can break it down into base material. Shrines scattered through levels act as checkpoints, allowing players to save progress, replenish health and raise William’s experience level through accrued EXP: doing this respawns all normal enemies within an area. Skill points acquired in combat are assigned at shrines.

Set during a fictionalised version of the year 1600, the plot follows the journeys of William, an Irish sailor who pursues the sorcerer Edward Kelley into the final battles of the Sengoku period during Tokugawa Ieyasu’s efforts to unify Japan, an effort complicated by the emergence of yōkai that are flourishing in the chaos of war. Gameplay revolves around navigating levels and defeating monsters that have infested an area; combat revolves around stamina or “Ki” management and different sword stances that are strong or weak against different enemies. 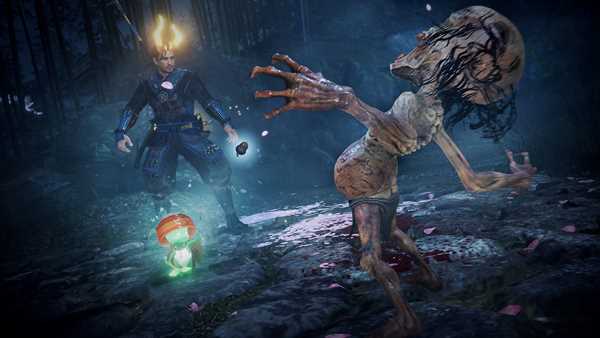 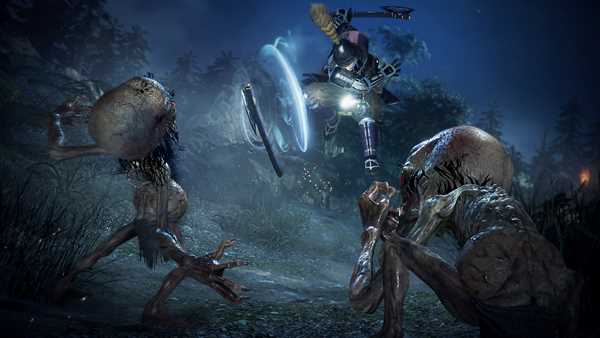